Today was Easter Sunday.  I woke early, ate breakfast, got ready and headed out….

It was a beautiful day, warm and sunny, as I drove the 15 minutes to the C3 church (Web) in Oxford Hills, the church I attended my first 2 weeks in AU.  As I drove I began to think about last Sunday and the great worship I experienced at the Hillsong (Web) church and wishing I would have an opportunity to go again before I left.

When I arrived at the C3 church it was (as I expected) very crowded, so I parked in an overflow lot next to the highway.  Before I got out of the car, just for curiosity, I googled the directions to the Hillsong church.  I thought it would be 15 minutes further than it was from Rick’s but I found that it was about 5 minutes closer than from Ricks.  I knew the last service at the Hillsong church started 1 hour later than the C3 church so I knew I would have time to spare if I wanted to go.  After a couple of moments of deliberation and thinking this might be my last chance to attend Hillsong, I texted Rick (to let him know and make sure he did not need to car) and headed to Baulkham Hills.

Just as I had experienced last week the worship was great.  I also had the opportunity to hear their lead pastor ‎Brian Houston this week (he was traveling last week) so that was cool.  He gave a mostly typical Easter message but the way he delivered it was different….. He and a group of folks from the church had just returned (the night before) from a trip to Jerusalem.  While there, he had recorded his message from several of the historic sites around the Holy Land and they showed the recorded message during the service.  He recorded some of the message in The Garden of Gethsemane, some from outside The Garden Tomb, some from a small boat on the Sea of Galilee and some at a point just below the traditional site of Golgotha. It was a interesting way to add modern day tangibility to the 2000 year old Easter story. 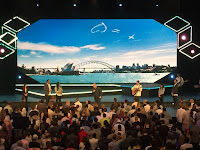 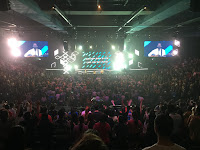 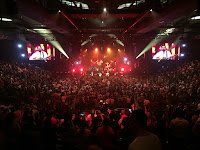 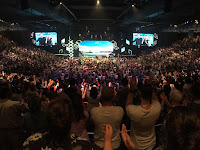 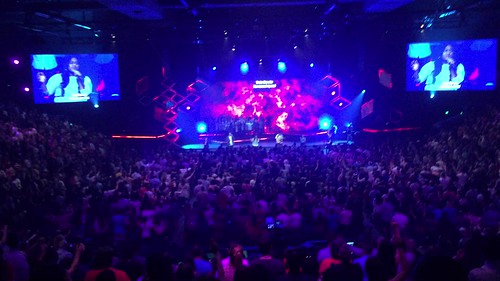 It was a great Easter service and I was glad I decided to attend the Hillsong church again.

I spent the afternoon relaxing and hanging out at Rick’s and had a great Easter dinner with my Aussie family….complete with chocolate Easter bunnies from Rick and Linda (I’ve become the “son” they never wanted, ha ha).