I started my last day at sea with a good breakfast and a cup of coffee on the upper deck looking out over the ocean.  I “missed” the 6:30 dive again (darn :-), but was planning to do the other 2 dives before lunch and then heading back to Cairns mid-afternoon.

Before our dive meeting for the 9 AM dive I took a couple of pictures so you can see what the dive deck looks like before all the “madness” begins…. 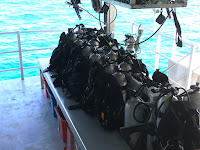 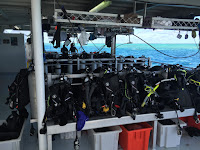 During breakfast the boat moved back to the other side of Norman reef (this was the reef we dove the first day).  The first dive went off without a hitch.  The water was much more clear than the day before so the coral and marine life was easier to see from a distance.

For the second dive my dive buddy was a guy from our dive group named Jake.  Jake was originally from Canada but has been going to school in Sydney for the past 4 years.  He had received his diving certification a few months before while diving in Thailand and had also done some diving in Bali. Jake was a good guy and a good diver so I was happy to be diving with him.

As I mentioned on day 1, during the dive meeting you’re told how long you can stay down and/or how many “bars” of oxygen you must have when you return to the boat.  The best dives are of course the ones where you stay under the maximum amount of time but that ultimately depends on how deep you dive, for how long and how much oxygen you consume.  During the dive you stay in communication (using hand signals) with your dive partners and (if present) the dive master leading the dive.  The two pieces of information you exchange regularly are “is everything ok” and “how much oxygen do you have”.  When diving from a boat you must take into account your return trip to the boat while watching your oxygen consumption. Long story short, Jake and I both surfaced right at the dive ladder with exactly 50 bars (the return limit for the dive) and at exactly 50 minutes (the maximum time for the dive).  It was a great dive.

Here are a few pics & videos from today’s dive…. 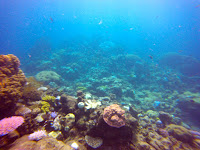 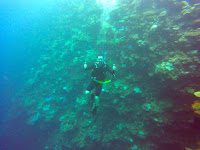 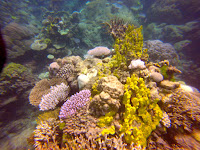 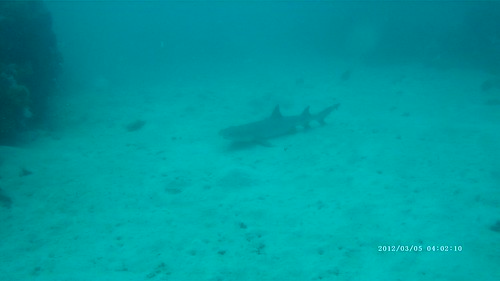 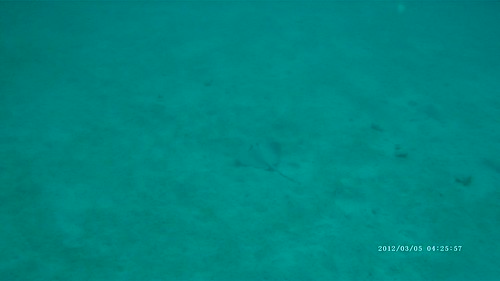 After returning to the boat I took a quick shower, packed up, placed my bags in the lobby (for the transfer to the day boat) and ate lunch.  After lunch Jake and I spent a very frustrating 45 minutes trying to exchange our dive photos and videos between my PC and his MAC.  It’s 2016….it should NOT be this difficult! ha ha 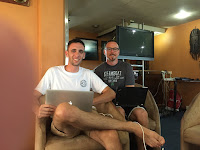 Around 3 o’clock several of us transferred to the day boat for the 1.5 hour trip back to Cairns.  The dive bus dropped me off at my Airbnb for the night around 5:30.  I got settled in and used one of their bikes to ride 10 minutes to the downtown area to check it out.

I walked out on a pier and got some nice pictures of the sunset…. 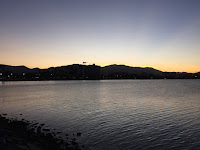 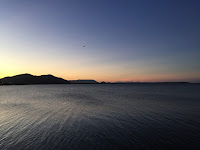 I also saw the biggest personal yacht I have ever seen (note the cars sitting in front of it for scale)…. 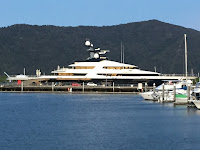 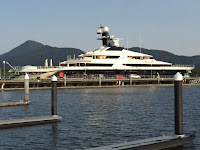 One thing that I personally think is cool in Cairns are the flying fox bats that inhabit the downtown area.  A flying fox is a very large bat (Google).  I don’t know the history of why they live here, but there are thousands of them that live in the city of Cairns (Web) and I was told there has been a lot of debate around whether they should be removed.  I’m sure there are many good reasons for and against their removal but from a tourist perspective I think they were totally cool.  They sleep in the tree tops during the day and fill the sky every evening at dusk. The pictures below were taken from the pier looking over the city (unfortunately I couldn’t get any good pictures of them so I included one that I found on the internet)….. 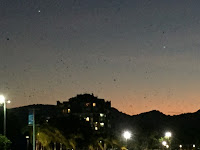 After the sun went down I spent a little time riding around the downtown area, had sushi for dinner and headed back to my room for the evening to prepare for tomorrow.